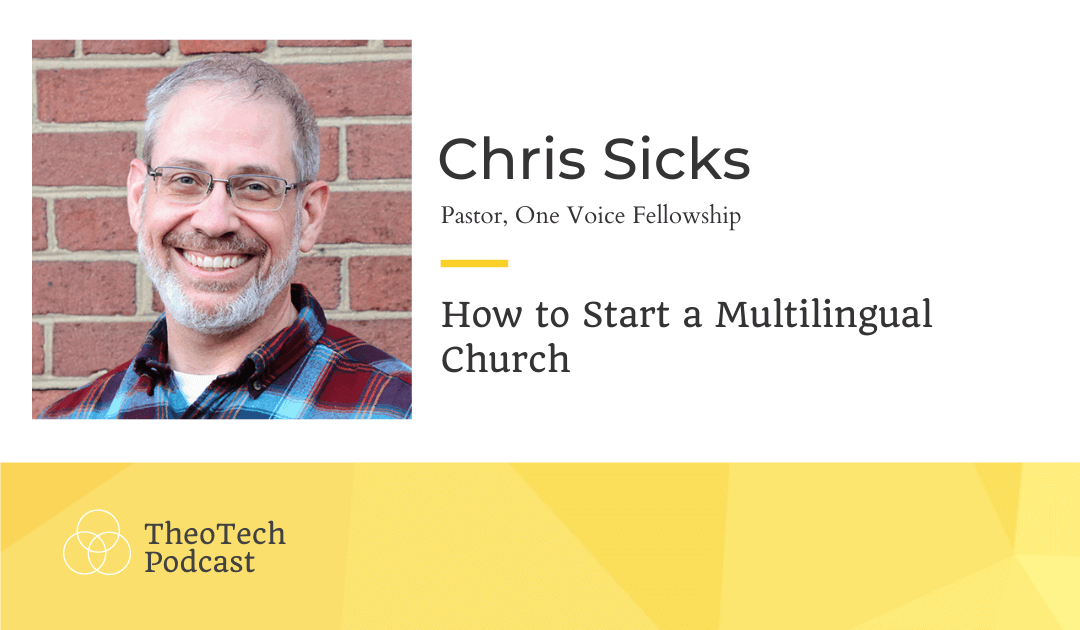 How to Start a Multilingual Church

What does it really take to start a multilingual church? Hear the story of One Voice Fellowship, a church plant in Northern Virginia using spf.io to translate worship services into 10 languages. Discover why immigrants, refugees and people from many nations choose to worship in this multilingual community and how it reflects God’s heart in Scripture. What are the challenges and how can technology help?

There was one woman who had been coming for six months, is not a believer, but loved the way she was loved, she just really appreciated being prayed over, but she didn’t understand a whole lot of what was going on until the first time we did spf.io. And the whole time I was preaching, she was like, elbowing the person next to her and smiling and nodding and pointing at the screen and at the end of the service, she said, “this is the first time I felt included”.

Discuss this episode in the TheoTech Forum.

Just $5/month helps us spread the theology of technology and lets you shape the course of the podcast with your great content ideas.