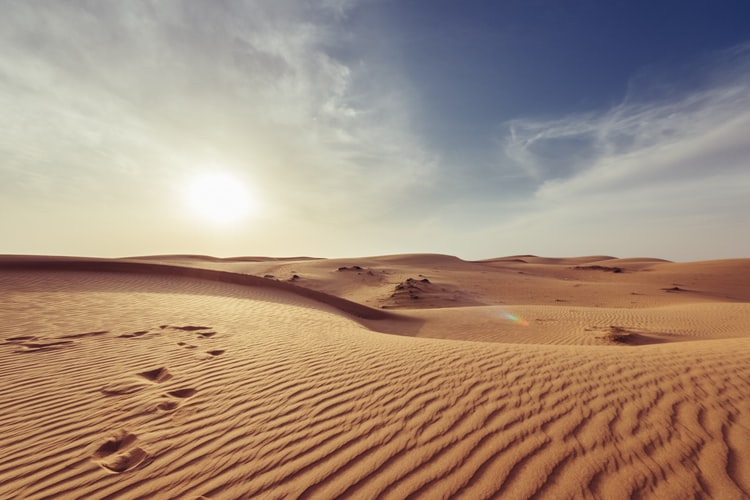 Are we in digital exile?

As part of the recent COVID-19 and the Digital Transformation of the Church conference, I got to have a public conversation (click to watch) with Rev. Dr. Laurie Brenner, pastor of West Side Presbyterian Church. This article summarizes some thoughts from our conversation titled, “No Going Back to Normal: Making the most of this opportunity to reform our churches“. 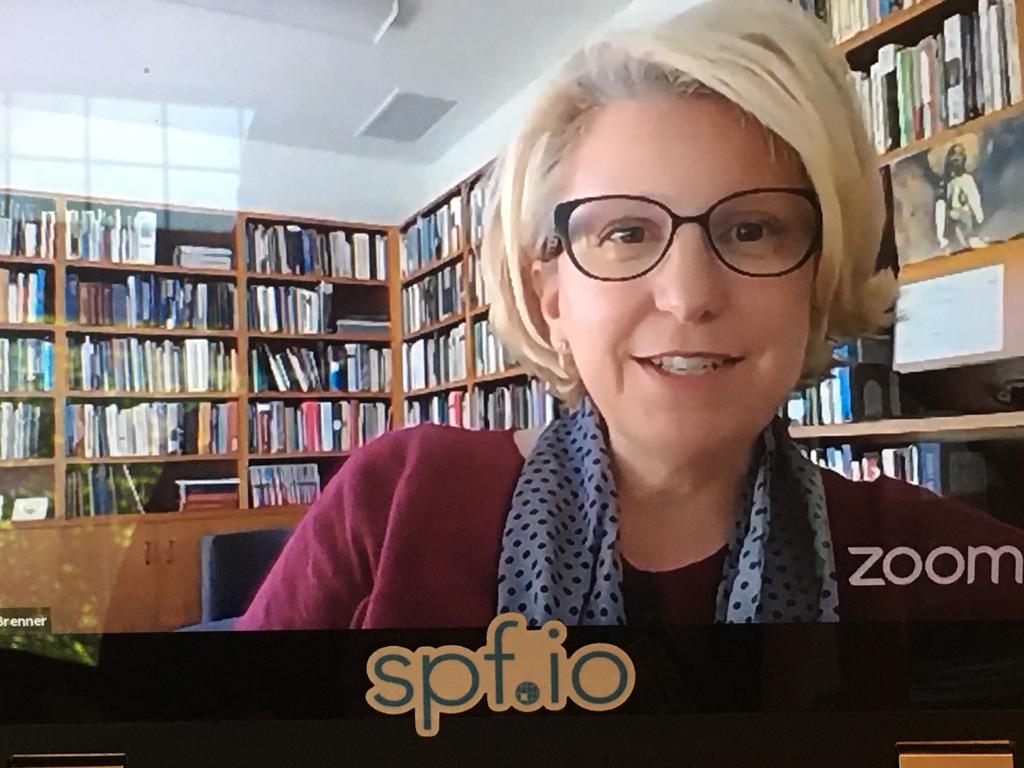 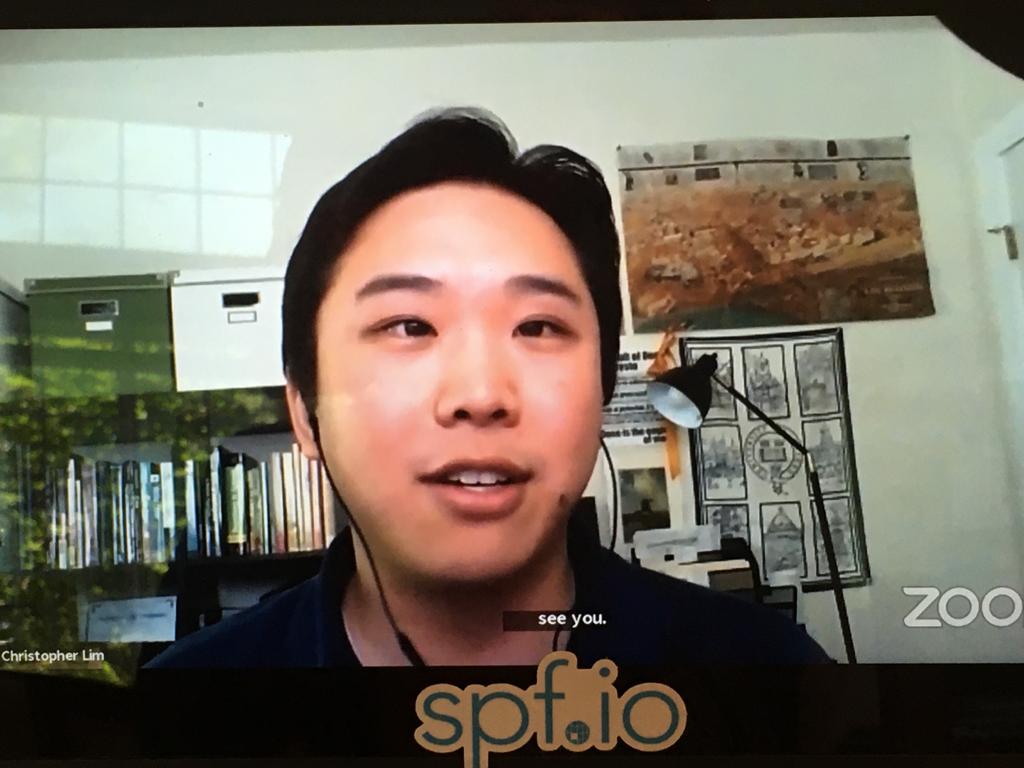 Are we in digital exile?

Pastor Laurie began by describing her congregation, a community of 400 members who live in and near West Seattle. Prior to COVID-19, she said, “Media has always been an augment to our primary way of connecting…so this disruption has left us feeling very displaced and very vulnerable. So in that sense, exile is a good metaphor for this.”

Referencing Jeremiah 29, she described the theological implications of the exile metaphor to our present experience:

She noted that the false prophets in Jeremiah’s day told the people that they would soon return and could simply wait out the exile. Jeremiah in contrast was saying, “You can’t just wait here, you need to live here. You need to build, you need to plant.”

This is the first mindset shift congregations need to discern and decide:

“Will we just wait for this pandemic to be over so we can ‘go back to normal’? Or will we accept this digital transformation and learn to live and thrive here?”

When churches adopt this mindset, they can begin to seek the welfare of their physical and digital neighborhoods.

Pastor Laurie concluded her opening remarks with a reminder to seek the Lord: “We need to use whatever platform possible to equip our people to seek the Lord…so that folks are equipped to seek the welfare of the city and learn to live here.”

Creating your own digital “home”

I asked how West Side Presbyterian Church transitioned from being a neighborhood church to a primarily digital one.  Pastor Laurie described it as a “second exile” because they initially piggyback’ed on a larger local congregation’s livestream.

I got to ask why they eventually weaned off of University Presbyterian Church‘s livestream in an earlier discussion and she mentioned that as great as it was to enjoy the digital hospitality of another church, they remained guests who could not bring their own culture into the “space”.

Even after they had their own livestream, she said “we learned pretty quickly though that everyone is worshiping at home, so we need to stream our service from home [instead of the church building].”

After establishing a new digital “home” and being able to reach the congregation with livestreams, e-mail devotionals, zoom classes and webinars, Pastor Laurie said “we’re really having to focus on how do you get touch?”. Her leaders began with phone calls to every member.

I mentioned the practice of ancient monks who copied Scripture by hand before the invention of the printing press. They viewed it as a spiritual discipline to get the Word into them, not just a functional task.

What if we had Zoom calls where someone slowly read the Scriptures aloud and everyone else wrote it down by hand?

Juxtaposing this “old tech” practice of writing the Scriptures by hand with the “new tech” platform of video conferencing means we can replicate the ancient practice in people’s homes and help people memorize the Bible as a community.

This idea led to this open question: “How do you exploit what you can only do with technology?”

Including old and new leaders

In light of this open question, Pastor Laurie mentioned, “It’s been so exhausting getting here, I need time to rest and let others do more of the taking control…the gift economy isn’t something we’re used to doing.”

In an earlier conversation, she mentioned that the average age of her church leaders is 63 and many had to quickly ramp up on the digital literacies they needed to continue to function as leaders. She’s noticed that her congregation now has a big push to appoint younger elders and deacons, which is an exciting change.

This is a long overdue opportunity for young people to lead. Their digital fluency is recognized by the entire community as essential.

At the same time, older leaders do not need to feel sidelined.

Pastor Laurie shared about a small prayer group of older members resisted going online for a long time. When the lockdown order took effect, they finally decided to try video conferencing and now love it so much they don’t want to give it up because “There’s some people who can only pray with us if we do it this way…How do we do this going forward?”

The difficult transition she foresees is that her church formerly centered on the weekly in-person gathering with optional small group gatherings. Now it must shift its expectations and culture to primarily neighborhood gatherings with the joy of occasionally meeting together as a large group. The culture shift requires high touch pastoral and leadership work.

Riffing on the topic of culture change, I mention “Digital culture is inherently experimental. We’re always trying out new ideas and it’s okay if things fail…as Christians because of God’s steadfast love and faithfulness, we ought to be some of the best at experimenting because we can show so much grace to one another as we’re leaning into God’s will in the future…it can open us up to a lot of creative ideas and failure literally is okay…because we’re committed to each other.”

Pastor Laurie replied, “And that’s part of the vulnerability too Chris of being in exile. If I mess up online, it’s out there…That vulnerability is something that will have to be embraced if we’re going to take risks with this. And vulnerability can maybe only be encouraged in old school tech ways and not in the ‘wide digital platform reach’ ways and that’s what we’re trying to figure out as a church.”

I mention how digital natives values authenticity and the vulnerability makes the pastor seem like a person I can have a relationship with and connect with. When pastors are vulnerable online and are willing to let their mistakes be there, it helps them connect with the digital generation.

Hyperlocalizing: shifting from large gatherings to mainly small neighborhood ones

Earlier Pastor Laurie said, “we need to be a church that exists in our neighborhoods in small communities…there will need to be a heart, vision and hope shift for all of us.”

I ask her, “How do you help people catch the vision? How is this idea being socialized?”

She described having to transition slowly from the main channels of the pulpit, website, and virtualized programs along with “old school pastoring” to help people make that shift. She also gave the example of a town hall where many people besides the pastor would speak. She was very concerned that some people may simply refuse to get into a small group.

The primacy of God’s agency in exile

Building on the theological theme of exile, I noted how it re-framed our experience of disruption: “Exile means God is the primary agent, using the pandemic and technology to fulfill the scriptures, reform the Church, to make the bride of Christ complete.”

Exile includes space for hardship, lament and mourning over what people have lost. Exile also gives us hope for God’ vision. In the same way that God intended to bless the entire world through Israel, not just the land of Israel, the pandemic is exposing the life of the Body of Christ for all the digital and physical world to see.

Before our church’s online presence were more oriented towards marketing, evangelism and outreach, now the life of our communities is the witness to the Gospel itself.

The slow work of pastoring

Pastor Laurie started bringing the conversation to a close by reiterating the open question “What can our technology platforms can uniquely to do to pastor people well? … A lot of pastoring is the slow work of prayer, listening to stories and connecting people to each other’s stories. As pastors, our primary work is still the slow work.”

She also closed with a message for older leaders:

“Pay attention to what your people need. Stop just waiting and look for a hope. What is the hope gonna be? What is our 70 year legacy?”

She noted that half of her congregation is 60-65 and that they feel like they are being replaced or sidelined. How can that mindset shift towards one of legacy, mentoring and equipping the next group of leaders?

One thought I didn’t get to explore was the idea of having “digital aides.” Many political leaders lack digital literacy and have aides to assist them in exercising their power. These aides are critical and eventually may be entrusted with leadership roles themselves. Perhaps we can be more intentional in creating these roles in order to help our churches go through digital transformation.

I closed our conversation by sharing a bit of my hopes for the future:

“This digital transformation is enabling the vision of the Body of Christ being inclusive across generations–the young get to step up–and also being inclusive across language. Because now that we are all on this digital platform, everything can be translated. We can include people from every language in our gatherings and make it accessible for people with disabilities. There’s just so many amazing possibilities that have opened up now that we’ve made this transition. And I’m hopeful for that for the future…”